People in my home state can be so stupid.

So this covidiot by the name of Anthony Ponzi collides into another car in Chicago and he has the nerve to assault the cops as well as coughing in their faces while claiming to have Coronavirus. He didn’t have it (allegedly) and was able to live to tell about it despite the global state of this pandemic. It’s amazing how he’s able to do all that to CPD officers and not get beaten or shot. How could this be?

Oh, if you’ve read my news stories and commentaries, you know EXACTLY why someone like Ponzi was treated with kids gloves. So you can cough at cops during a time of pandemic, and you get to be taken alive. However, in this same city, you can walk away from a cop and get shot sixteen times.

I definitely agree with Phil with Ponzi being punished harder like how people can be charged with fake weapons or even yelling “fire!” in a movie theater. That’s just nasty and especially unacceptable in this current climate with the disease. That’s saying nothing about he was throwing hands to the cops in general. If you think justice is handled equally, then you’re delusional. I’m glad he got arrested, but he got off way too soft. 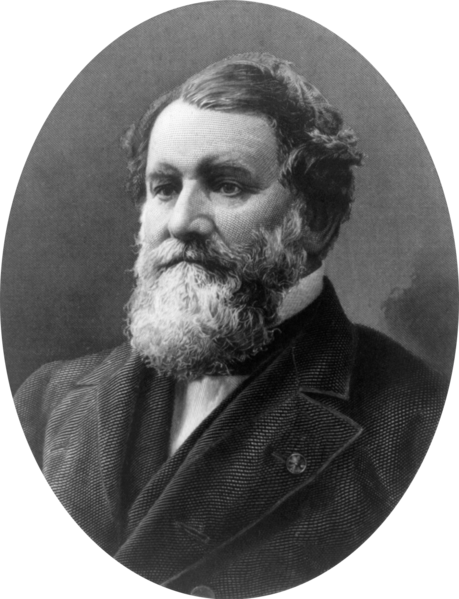 Lyrics:
Madame CJ Walker, you weren’t the first lady of that honor
You were a former client of her
From Metropolis, Illinois to St. Louis, then to the Second City was the first beauty expert of her time
Hair, face, hands
All became better with Malone’s expertise for those with melanin
She built a college just for cosmetology
Despite $14 million in her prime, you stole those formulas
Women of all colors benefited from the Poro Brand
CJ…or is it Sarah?
You’d be nothing without Annie
She lost her business, but she won’t be lost in history anymore

That’s right, everyone. Madame CJ Walker was NOT the first African-American female millionaire!

The first was none other than Annie Malone hailing from the tiny Southern Illinois town of Metropolis. She was an entrepreneur who started her own beauty and personal care business with the Poro company. Malone made so many products for different uses and she eventually opened her own cosmetology which also made her the first black owner and founder of a beauty school in America. She was charitable, opened a community center for the youth, and helped out her neighborhoods when she lived in Chicago. Unfortunately, Walker literally stole Poro formulas and made her own business, became rich, and more popular than Malone which is so tragic. I doubt they’re going to talk about that in that upcoming CJ Walker movie with Octavia Spencer.

Annie, even though I could care less about the beauty industry (the fact I have a Y chromosome is certainly the biggest reason why), but I respect you for doing for self and for giving back to the community. You deserved so much better.

I would like to give major props to Kreb for introducing me to this beauty pioneer on one of his blog posts. Dude, you’re great and I learned a ton from this post and others from you.

Fun fact about her birthplace: Metropolis is the only town of that namesake in America and it became the “official” hometown of the Superman character. There’s a museum of Superman in that town and the real life Metropolis, IL was even featured in a comic issue where Supes actually has to save it from danger. Also, this would make me second only to Sufjan Stevens who namedropped that town in a song. Hahaha!

The picture of Annie Malone is from The Freeman Institute.

For starters, I recently crossed the 3000 view threshold on the Ospreyshire blog. Thank you to all who have checked out this blog for my music, opinions, poems, and everything else!

Without further ado, I’m going to show you some of the gifts I’ve received on my birthday…

I got this vinyl in the mail from my Scottish friend Dave. This is the newest album from 2 Minute Minor, who are labelmates of mine who also happen to be from the same state as me. This Chicago-based hardcore band make some conscious music while still making quality tunes. You can listen to their album here.

In this block of photos, it involves drawings, Twix, and a Target gift card from my friend Kip. He’s a talented artist and I hope he finishes the comic book projects he’s been working on for years. I’ve known him since I was in middle school and we still talk to each other.

I just so happened to get two Amazon gift cards with the same amount from two separate friends. They would be from Marcie and Christy whom I’ve known for a long time. Marcie went to the same church as I did growing up and Christy went to the same school as Kip and I when we were young. It was great of the both of them surprising me.

I hope my aniblogger friends appreciate this picture. This is an amigurumi (crocheted figures) of Kimba the White Lion. My friend Essence made this for me and it looks amazing. There’s no pattern to making Kimba, so she created this crocheted attempt at this character entirely from scratch and she did a phenomenal job with it. Feel free to support Essence’s crocheting business at Hooked on Cozy. She’s created amigurumi of Pokemon and Attack on Titan characters so far.

Here’s another example of some quality Chicago hardcore music. This is 2 Minute Minor. They are a sextet from the Windy City that also features members from October Bird of Death. They base their music on 80s hardcore and some Oi! music. Their debut EP “…A Goon’s Best Friend” is on ZAP’s Bandcamp. By the way, this album is free or pay-what-you-want. They also have another album coming out on May 11th.

Here’s another post involving the ZAP Records family. This time, I’m talking about a band representing my home state of all things.

This is October Bird of Death. They are a hardcore band straight outta Chicago. This isn’t some scene kid stuff or fake machismo metalcore. October Bird of Death play no-frills, no-BS, good old-fashioned hardcore punk rock. These guys are a bit of a superband of sorts in the Chicago hardcore and punk scenes as they contain past and present members of Headnoise, The Blamed, and Ballydowse.

Their debut album “Death Made Its Offer” is free or pay-what-you-want on the ZAP Records Bandcamp page, and there’s even a version on CD and cassette, too.

Feel free to check them out at https://www.facebook.com/octoberbirdofdeath.

Also…I realized that October Bird of Death and my stage name Ospreyshire are both Illinoisan musicians signed to ZAP Records, have names that start with O, and both names reference birds. #HilariousInHindsight