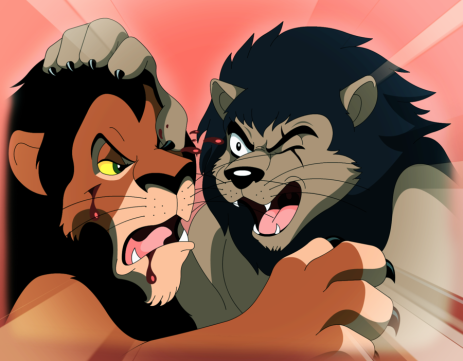 It’s time to silence the cacophony from this overpaid choir

There are those who want to expose every lie churned out
And to expose the real originals to drive the point home
What’s the matter?
Can’t handle the dosage of red pills and sodium amytal?

Woe to those who craft the precepts of denial
Ronnie Martin said it right when the good are starved
From decades of being forgotten
KRS-One was right. The thief is no greater than whom they steal from.
They will know their idols shall crumble
The true history shall appear
The clones will fall asunder at all costs

All photos property of their respective owners and used under US “Fair Use” laws.

Images of Tetsuo and K9999 are from Retro Injection

Tetsuo Shima from Akira is property of Katsushiro Otomo and Kodansha.

K9999 from The King of Fighters series is property of SNK Playmore.

Fan art of Claw and Scar is from WhiteLionWarrior at DeviantArt.

Claw from Kimba the White Lion is property of Tezuka Productions.

Scar from The Lion King is property of Disney.